Ethane Pyrolysis in a Tubular Reactor 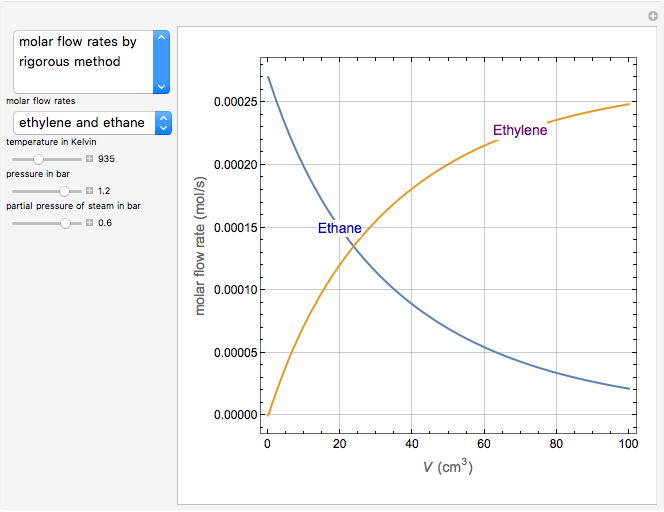 Olefin compounds such as ethylene can be produced by the pyrolysis of hydrocarbons at an elevated temperature. The olefin yield depends on the reaction temperature and the partial pressure of the hydrocarbon, which can be controlled by adding steam as a diluent. This simulation analyzes the isothermal pyrolysis of ethane to produce ethylene in a tubular reactor operating at steady state. The feed stream to the reactor contains ethane with steam as a diluent. The gas phase reaction is assumed to behave as an ideal gas in plug flow. You can vary the reaction temperature, the inlet composition, and the inlet pressure. During the pyrolysis, reaction intermediates (radicals) are produced. The kinetics of the reaction can be simplified by assuming that the rates of production of the radical species are zero (quasi-steady state assumption (QSSA)). You can assess the validity of the QSSA by examining the rates of production profiles of the radical species along the length of the reactor (expressed in terms of reactor volume).