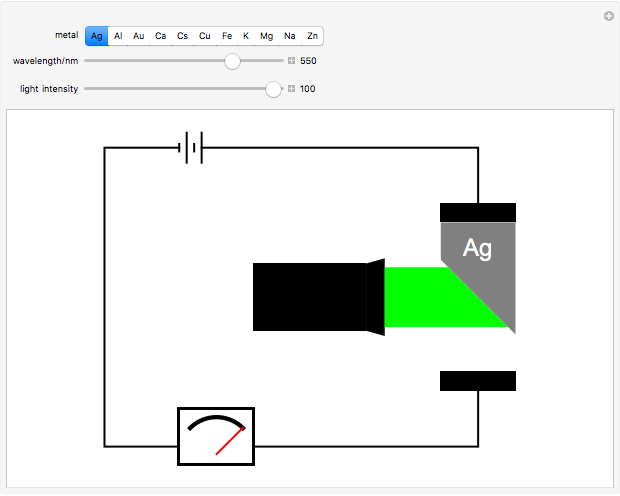 The photoelectric effect is a quantum-mechanical phenomenon in which light impinging on the surface of a metal can cause electrons to be ejected. Only light with wavelengths shorter than some threshold value, characteristic of each metal, can cause emission of photoelectrons, no matter how intense the radiation. Light is composed of discrete photons. Only when the photon energy exceeds the work function of the metal, a measure of how strongly the outermost electrons are bound, can photoelectrons be emitted. Once the threshold wavelength is attained, the current of electrons increases linearly with the radiation intensity. This can be monitored by an ammeter in the circuit shown. The light source covers the entire visible range 400–700 nm. In the ultraviolet region, the light ray appears as black.