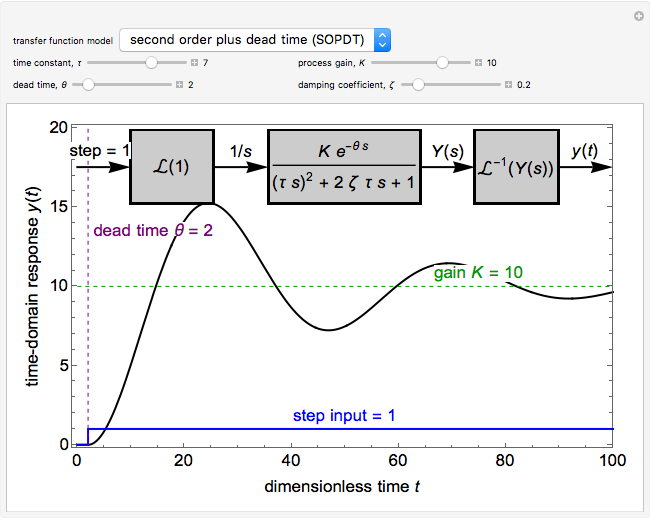 This simulation plots the time-domain response of a system with a step input of unity. Select either a first-order plus dead time (FOPDT) model or a second-order plus dead time (SOPDT) model. Set the time constant τ to change how quickly the system reaches a new steady state, the process gain K to change how aggressively the system responds to the unity step input and the dead time Θ that delays the system response by a value of Θ. For the second-order process, change the damping coefficient ξ with a slider. The damping coefficient is a measure of the magnitude of damping, which affects the degree of oscillation in the response. Dimensionless time is used.

This simulation was made at the University of Colorado Boulder, Department of Chemical and Biological Engineering.  Authors: Rachael L. Baumann, Adam J. Johnston View the source code for this simulation