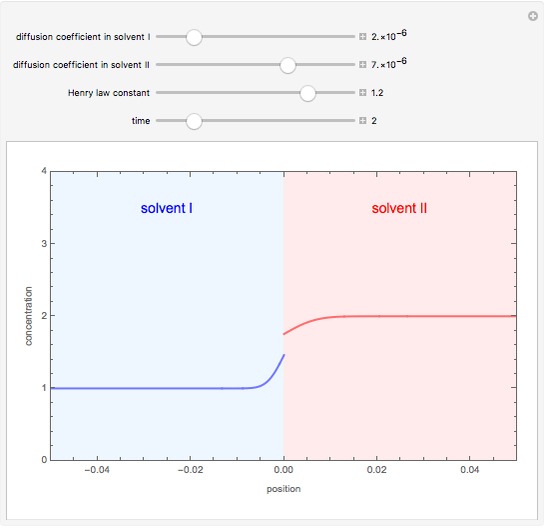 This simulation considers the mass transfer of a substance A between two immiscible solvents I and II. The concentration in both phases is plotted versus position for various values of the diffusion coefficients (in cm2/s), DI and DII , time (in seconds), and Henry law constant m (a dimensionless constant). When m = 1 the concentration of A is continuous at the interface, which is not typical.