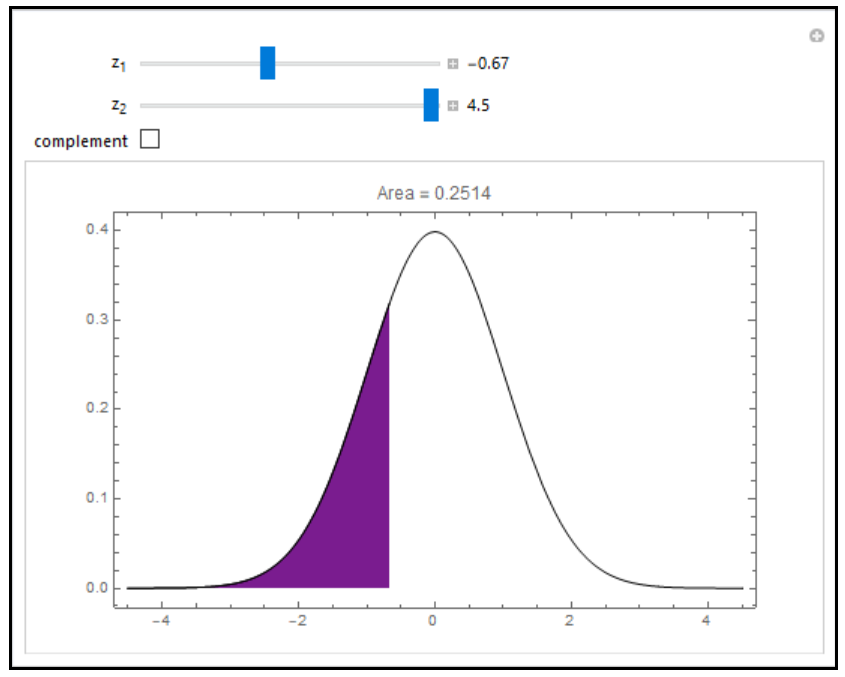 This simulation provides a dynamic supplement to elementary statistics textbooks that show how to use a table of standard normal cumulative probabilities. As you slide z1 along, holding z2 fixed at the upper limit, these probabilities are obtained as the area shown under the curve. Moving z2 to the left, the upper area probability is added to the area to the left of z1. The probability corresponding to the interval between z1 and z2 is obtained by taking the complement. You can see that the probability corresponding to the interval (-0.67, 0.67) is close to 0.5. This simulation also illustrates the “68-95-99.7 rule” that, in a normally distributed population, about 68% of the observations fall within one standard deviation, 95% fall within two standard deviations, and 99.7% fall within three standard deviations.