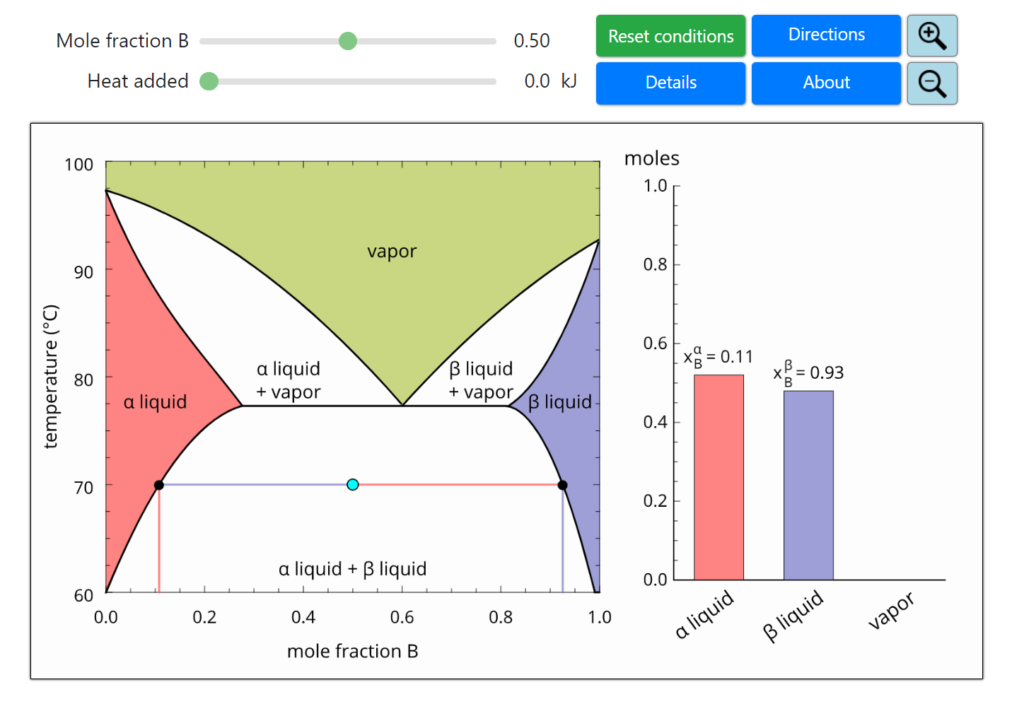 This is a simulation of phase equilibrium for one mole of a binary system (A, B) that forms two partially-miscible liquids (α, β). The T-x-y diagram shows vapor-liquid equilibrium (VLE), liquid-liquid equilibrium (LLE), and vapor-liquid-liquid equilibrium (VLLE). The number of moles of each phase, which are shown in the bar graph (along with the mole fractions of component B in the phases), are determined from mole balances. In multiple-phase regions, vertical lines show the mole fraction of B in each phase; the lengths of the colored horizontal lines are proportional to the amount of the phase of the same color.
The overall mole fraction of component B and the heat added are specified using the sliders. The cyan dot is located at the overall mole fraction on the phase diagram, and the black dots represent the compositions of the α, β, and vapor phases. Adding heat changes the temperature, except at 77°C, where all three phases are in equilibrium. At 77°C, one phase completely evaporates (or condenses) before the temperature increases (or decreases).

This simulation was made at the University of Colorado Boulder, Department of Chemical and Biological Engineering.  Author(s): Neil Hendren
Embed code: